Climate Change Starts In Our Hoods!When our communities are under attack what do we do? STAND UP and FIGHT BACK! More than 5,000 people marched in Wilmington in support of the People’s Climate Movement on April 29th. Thousands of us rallied at Banning Park and marched to the gates of the Tesoro refinery to call on the Air Quality Management District to refuse the mega merger and expansion of Tesoro’s Wilmington Refinery.

Despite thousands of people shutting down the streets of Wilmington and demanding the rejection of this project, less than two weeks later, the regional Air Quality Management District approved the Environmental Impact Report, ignoring our health and safety, and ignoring the voices of the thousands who have submitted comments demanding a more comprehensive environmental review.

We are extremely disappointed with this decision, and we are calling on everyone to sign onto to the letter to Wayne Nastri, Executive Officer of the South Coast Air Quality Management District, to let him know that you are NOT OK with this decision! 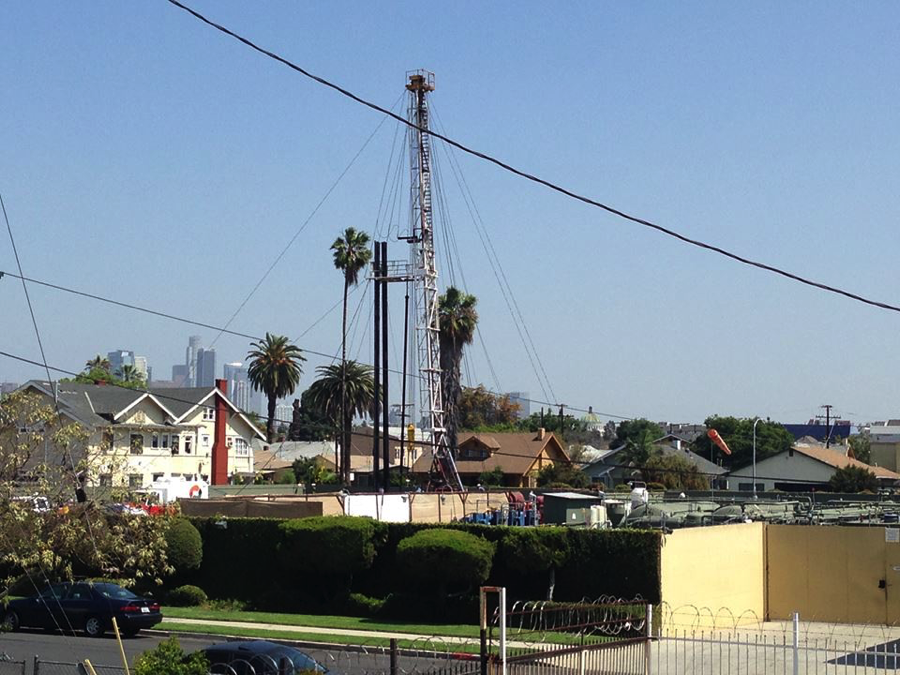 Many communities throughout the South Bay are living on the front lines of urban oil drilling where various forms of extreme oil extraction are literally taking place next door or accross the street from heavily populated urban areas. The people most impacted by these invasive and toxic operations are people of color who are already overburdened by other nearby sources of fossil-fuel emissions.

We stand with our allies from STAND LA and Communities for a Better Environment who are fighting for a 1,500 foot health buffer zone for oil operations in urban areas. This buffer zone will remove this toxic polution from neighborhoods and it would put an end to a lot of existing oil operation in the area.

350 Campaigns is an open platform available to anyone and everyone who wants to do their part to solve the climate crisis. Taking on global warming is a HUGE task, so we need people working all over the world on lots of different campaigns to make it happen. 350 Campaigns lets you start a climate petition campaign wherever you are.